Sweet, Refreshing Fruit to Grow in Your Garden 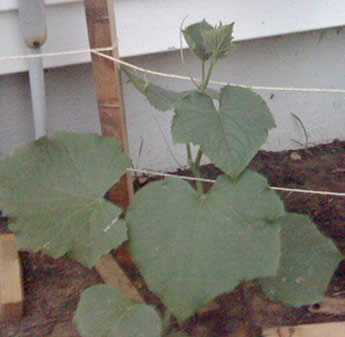 Properly managed, growing cucumbers will produce high yields in warm weather. Cucumber vines need a lot of space to grow and thrive. Newer methods of growing, such as vertical, on string systems and across horizontal nets provide room for these quickly growing vines.

If cucumbers are left on the vine  for an extended period of time the vegetable will taste bitter. Pick when fresh and young.

Many cucumbers are served in relish trays, salads or as pickles. Most cucumber varieties are simple to grow, if they have good quality soil and if they are not planted too early in the season. Read on for our full guide on how to grow cucumbers in your own garden.

Cucumber Plants are vulnerable; they need warm soil. Soil needs to be around 65° -75°F for adequate germination. There should be 18 inches between cucumbers that are grown vertically, on a trellis.

Cucumbers are shallow rooted plants; they need a moist environment throughout the growing process.  They require a particularly high level of moisture as the cucumbers begin to set and grow. You can achieve a high output by mulching the ground or working compost into the ground, before planting. They do well in ground that has been warmed under landscape cloth early in the season.

If growing the longer varieties of cucumbers, trellis growing is an efficient way to keep the  cucumbers straight and of a consistent size.  The heavier varieties grow well when supported by tomato cages. Using cages, trellises and horizontal nets insures that the plants have more air circulation and makes the individual cucumbers easier to pick. 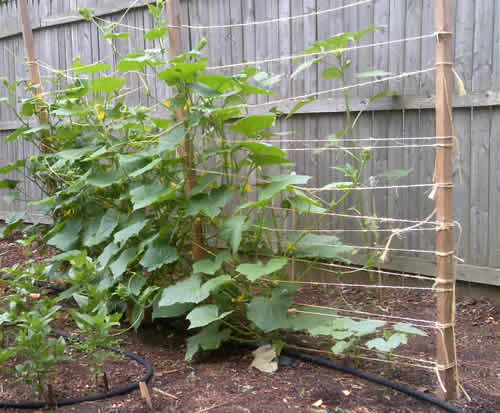 Varieties to be used for pickling produce cucumbers that are 3 – 4 inches long. They generally have thinner skin than the salad varieties. These cucumbers can be picked earlier in the season, but the plants will not produce for as long a period of time.

Varieties intended for salad use and slicing produce cucumbers that are 7 -8 inches long and have thicker skins. They are usually a darker green than the varieties used for pickling. These vines will produce cucumbers for as long as 6 weeks.

Some cucumbers are referred to as “Burpless.” These varieties have been bred over time not  to produce the gas that affects some people.

Striped Cucumber Beetles may attack new seedlings. These beetles can be prevented by tenting the plants with a netted material. Be sure to remove the tents before temperatures   climb above 80°F.

Squash Vine Borers can be picked off the plants manually and destroyed. It is important to destroy any leftover plant debris if borers are present.

The best way to preserve cucumbers is by pickling. There are numerous methods for pickling cucumbers from acidic vinegar solutions to hot water processing. Canned pickles should be kept in a dim area with moderate temperature and humidity, and they will last for as long as a year. 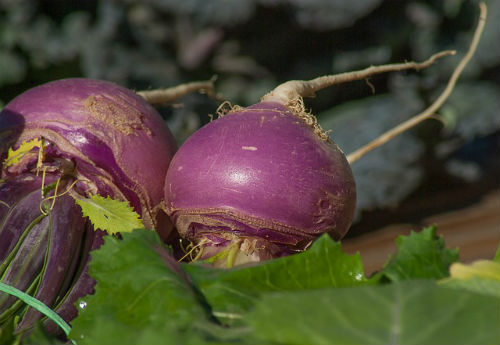 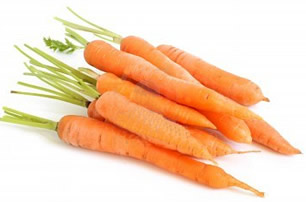 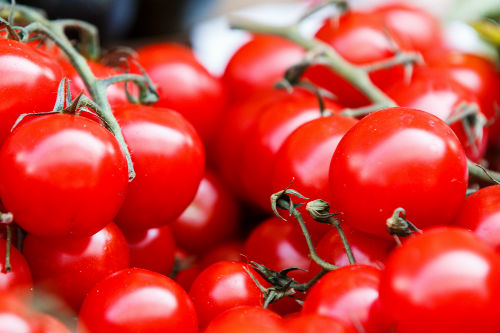 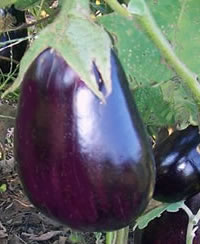