About Nematodes, Also Known As Roundworms

What are nematodes? Nematodes are roundworms that have openings on each end. They can be found in most places like the ocean or even the rainforest. Their habitat is diverse that mountains, trenches and deserts have these species. They also have a vast population that 90% of the species on the ocean floor are roundworms. They are both tropical and subtropical. Nematodes can live in any weather condition.

Nematodes are small. They can grow normally up to 2.5 millimeters or 0.10 inches long. The size ranges according to the specie. They can be microscopic or then can reach as long as 8 meters or 315 inches long. Nematodes can be distinguished by the ridges, warts, ridges or rings that it has. They are colorless and lack appendages.

Nematodes are mostly found on the soil. Getting a handful of soil will get you millions of microscopic roundworms. This is the most common reason why we need to wash our hands constantly. These organisms thrive on bacteria, fungi, other nematodes and other living species. Nematodes are classified as free living, parasitic and predaceous.

When it comes to plant and agriculture, nematodes can be a positive or negative element in its development. There are different nematodes that are predatory and these will damage and destroy the plant. Examples of it are the cutworms and root-knot nematodes that are pest nematodes. They can also spread plant viruses in between plants by clinging to a vector or acting as a vector themselves, going from one plant to the other.

One of the most common victims of these nematodes is potatoes. Every year, European farmers have been damaged with $ 300 million worth of affected crops. The pest is caused by a cyst nematode in Europe, and North and South America. They can affect a wide variety of crops ranging from artichokes, bananas, mushrooms, grapes, and different kinds of berries, ornamentals, turf, citrus fruits and other vegetables.

Nematodes help plants by attacking the vectors. A plant can infect a vector like birds, bees and butterfly through the worms that are being transferred to the vectors. They can be devastating to insects and has caused several insect deaths in the past. They also help make the soil rich in order for the plants receive better nutrition.

Nematodes are both beneficial and dangerous to the agriculture. Weighing the balance to this is extremely important. Knowing the right strategy to allow the beneficial nematodes to live and the nematodes that destroy are essential to a developing flora. This can mean the difference between harvesting a healthy crop and being out for the farming season. 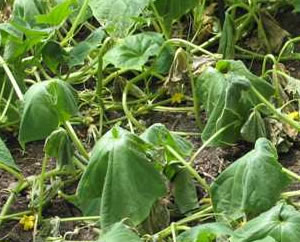